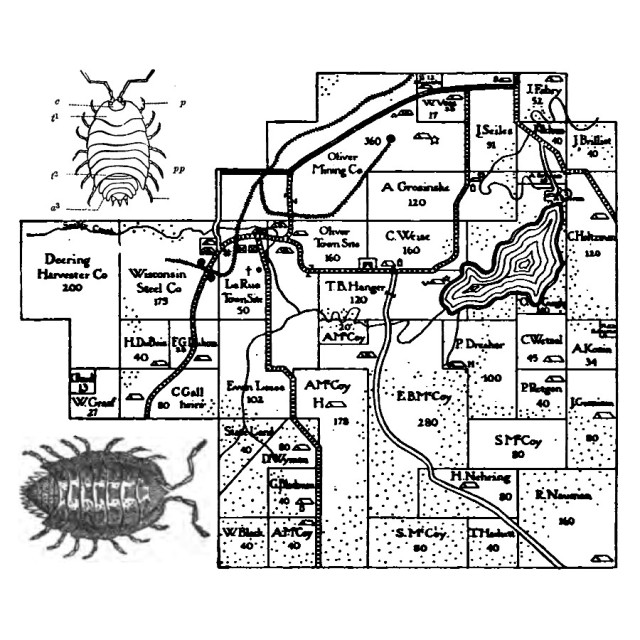 In the last months of 2008 there was a strong push to complete the Interröbang Cartel Tribute Album by the end of the year, to conform with Casey’s future history of the project. Of the songs remaining unrecorded I didn’t feel I could do justice to any of them — due either to unfamiliarity with the artists to be imitated or lack of confidence in my ability to imitate them — except for the one that was supposed to sound like no one but Interröbang Cartel itself, “Walking With Woodlice”. Casey himself had reportedly started on a version of this one, but he hadn’t been heard from in some time.

I considered recording it, decided not to when I heard Casey’d been working on it, decided to go ahead when I heard Casey’s version was unlikely to be finished anytime soon. As usual, I sequenced the main melodic materials in Melody Assistant, then moved everything into GarageBand for vocal recording, assembly, effects, and editing. My new Gakken SX-150 mini-synth makes an appearance in the bridge.

“Walking With Woodlice”, like the other Tribute Album song titles, was one of twenty “least common web searches” reported by the BBC in 2003. It was the name of a woodlouse survey run by the Natural History Museum in London, a fact which may or may not have been known to Taly when he wrote the lyrics.

I tweaked Taly’s lyrics in a couple places:

george came down to meet me the other day
just for a short vacation, he said he couldn’t stay
he had to go back home to a distant galaxy
back to his home planet (he called it Planet Z)

oh, george would never hurt me
it would put him through such hell
and all he asked was my friendship
and to walk a little spell

(I guess I should explain that technically, george wasn’t really a pillbug, sowbug, roly-poly, or any other kind of woodlouse, he just reminded me of one with his articulated carapace, beady, multifaceted eyes, and multiple legs. george explained to me that his people evolved from what we would call trilobites, which is a kind of paleozoic arthropod. but he never told me much more than that, because he suddenly shrieked with pleasure and ran over to a rotting log, which he began to munch on gleefully.)

george said he’d come back to get me
as he vanished on that hill
I really do believe that
if I wait for him, he will

This work (music and recording) is licensed under a Creative Commons Attribution-Noncommercial-Share Alike 3.0 United States License.